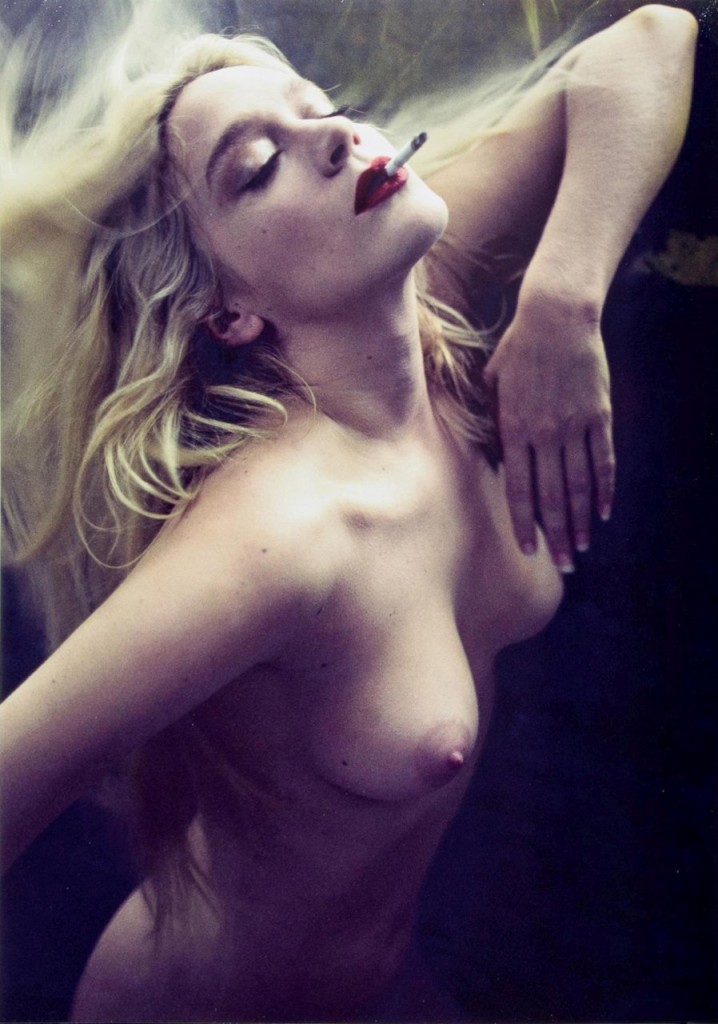 We have sex more for connection than for procreation or pleasure.

Why do you sleep at night? This is seemingly a simple question. But in fact it is a most difficult question, as of yet unanswered by science. Many seemingly simple questions are, on close inspection, not at all easy to answer. One of these—perhaps the most interesting—is why we have sex.

Why do you want sex? The usual answer is, of course, based on the known reproductive function of sex. We want sex because our continued existence as a species depends on it. Children come from sex, one learns. And the thing about the stork is just a story.

But the facts on the ground undermine this assumption. First, people continue to engage in sex long after they have stopped having children. Often, their sex lives actually get better, because there are no more worries about unplanned pregnancy (or, a bit later, about Junior popping up bedside mid-action saying he needs to pee).

Which leads us to the following fact: most sex happening right now around the world is not procreative. On the contrary, most of those getting busy at this moment would be shocked and upset to find that their joyful acrobatics have resulted in pregnancy. An intense interest in sex and eroticism is not necessarily linked to heightened interest in producing offspring. In fact, those interests are often inversely related.

Moreover, many sexual behaviors we commonly engage in, even in the fertile years, are not related to reproduction at all. If sex is for reproduction, how is the mechanism of sexual pleasure organized regarding anal or oral sex? And why are you holding hands with your boyfriend? Children do not come of it. Besides, you also hold hands with your three-year-old niece. What’s going on here? And what is reproductive about someone pulling your hair? In fact, why does the business of genital, reproductive pleasure spread to all kinds of remote areas not related to reproduction, such as shoulders (very sexy in the nineteenth century), the neck (sexual attraction in Japanese culture), or breasts (contemporary American obsession)? And if a man has a biological urge to find a good mother for his offspring, why do men routinely differentiate between a ‘sexy’ woman and a ‘motherly’ one, and prefer the former to the latter?

Now you say, “Okay, let’s forget all the biology. Why complicate things? Sex feels good. It is a pleasure. I have sex for fun.” But that argument is unsatisfactory as well. It turns out the desire for physical pleasure is NOT the most important reason for sexual activity.

Research shows that the physical pleasure of genital stimulation is not necessarily an important component in the decision to have sex. Researchers Cindy Meston and David Buss a few years ago asked 400 students about their reasons for engaging in sex. After processing the data and eliminating similar or identical answers, they were left with a list of 237 different reasons for sex, including “I wanted to give him an STD,” “I felt sorry for him”, “To punish myself”, and “I lost a bet.”

It turns out that the deep experience of sexual pleasure depends somehow on the presence, and conduct, of others. A brutal illustration of this principle can be found in prostitution. On its face, prostitution is a cold business—the epitome of (mostly male) selfish pleasure seeking. The customer buys physical sexual release for money, plain and simple. But the customer can give himself an orgasm, for free. So why pay? And why is the customer’s enjoyment increased if the prostitute produces the sounds of enjoyment and sexual arousal? If the client’s motivation is selfish sexual release, the satisfaction of a biological urge, why does it matter to him if the prostitute is aroused? What excites him about the thought that she is enjoying herself? Fundamental social, interpersonal dynamics are apparently present even here, inside the most alienated transaction.

Beyond that, let’s face it, sex is not automatically enjoyable. Remember your first sexual experience. It was not fun. Some mouth-breathing, pimpled nudnik from chemistry class felt you up in the back seat of your dad’s Chevy, forced a wet tongue into your ear because his friend saw something on the Internet about how that’s what you’re supposed to do. And then he asked if you came. Or take for example the business of kissing. What is fun in exchanging saliva and dinner remnants with someone else? Even if we focus on the genitals, most of the sexual organs are very sensitive to touch—for better or worse. If someone touches your genitals clumsily, or when you’re not ready or do not want to be touched, the contact will be painful, offensive, and disgusting, not exciting and pleasurable. Good sex is learned; you have to work for it. It does not show up on its own. And it is not just about you alone. Sexual pleasure, it seems, is set up, operated, defined, and organized by external factors.

Randall Collins, the great American sociologist who’s been writing on the subject for decades (and on whose work many of the musings above are based), argues quite persuasively that human sexuality can be fully understood only in a social context. Human beings, fundamentally, are distinctly, spectacularly social. Lonely and isolated, we cannot survive, let alone thrive. For us, power and meaning emerge through making connections. Sexual desire, thus, is not chiefly aimed at physical pleasure or the production of children, but at connectedness with others. Sexual pleasure is fundamentally a social construct, an emergent property of social exchange.

According to Collins, we construct our world in an ongoing series of complex ‘interaction rituals’ that enable our existence (physical) and give it meaning (mental, spiritual). All aspects of our lives are conducted through these ceremonies. Conversations between friends, a day’s work, a football game, Sunday at church—all these are interaction rituals. They may be different in content, but they are similar in their underlying social and psychological processes: they all involve gathering people into a group whose members are aware of each other, directing their attention to a common interest, sharing a strong emerging emotion, and defining clear boundaries between ‘us’ and ‘them’.

In this context, sex is an interactive ritual, and it follows the rules. In a sexual encounter, a small group gathers (usually two, no more). Participants are aware of the presence of the other (no one ever tells you in the middle of intercourse, “Wow, I just noticed you are here”), and their attention is directed to the common interest (they ‘make love’). Participants share a powerful emotion, in this case sexual arousal, and construct a clear definition of ‘us’ and ‘them’, (‘us’ are in here having sex, and ‘them’, poor slobs, are outside; they should not watch us, interrupt us, or even know all the particulars about that we’re doing).

The results of such interaction rituals—whether at church or in bed–are also predictable: the solidarity between participants increases (at church, we’re united under God; in bed, we’re faithful to each other), the mental energy builds up (I’m strong in my faith; I am deeply in love). From the encounter, especially if it’s repeated, canonical memories will be chosen to symbolize the relationship to the partners (forty years in the desert; forty minutes at that boutique hotel in Ventura), certain objects will be imbued with a sacred quality (a cross; a wedding ring), and certain gestures will be chosen to clarify the boundaries of the relationship–demarcate what is ours only and distinguishes us from others (we drink the blood of Christ; only we can touch each other there).

According to Collins, a thorough understanding of sexuality is only possible if we look at it from the perspective of the social context, rather than examining it from the perspective of the individual. The dancer becomes such by virtue of the existence of the dance. Instead of saying “Every dog has its day,” we should say, “Every day has its dog.” You and your lover do not bring your sexual pleasure to the relationship. You get sexual pleasure from the relationship. Your body parts do not charge the relationship with sexual pleasure. The interaction charges your body with sexual pleasure. Pleasure is not derived from the physical stimulation of the genitals or from the possibility of giving birth to the next Bill Gates. In its most fundamental sense, sexual pleasure is derived from the synchronized cooperation between people. The whole of human contact is larger than the sum of its participating individual parts—possessing better resilience, greater wisdom, and deeper delights. Therefore we seek that whole everywhere, including in sex.

At the end of the day, sex is truly pleasurable because through it we may transcend our aloneness and form a meaningful bond with another human being.

Chloe Sevigny is a talented actress, loved by the audience for her immediacy, abilities, and unique style. The movies with this beautiful woman become famous in a flash and nude pictures of the actress in various images adorn the spreads of glossy magazines and on Instagram and other social networks. The woman didn’t hesitate to appear completely naked in the scenes in the movies, and has participated in photo shoots completely naked. 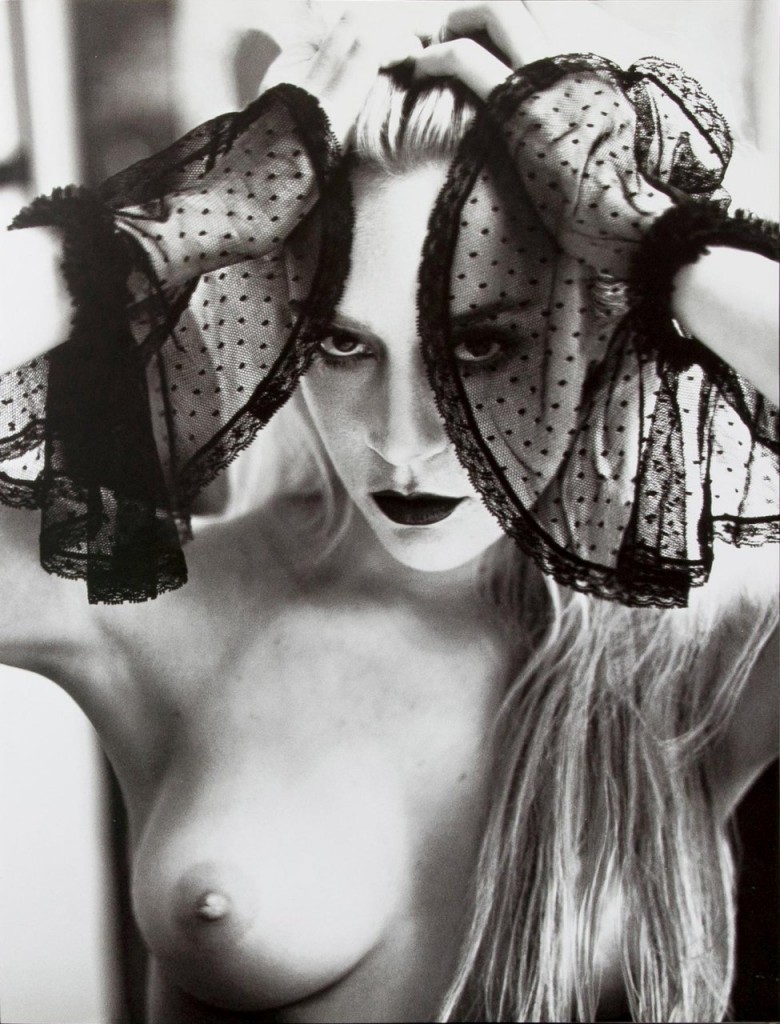